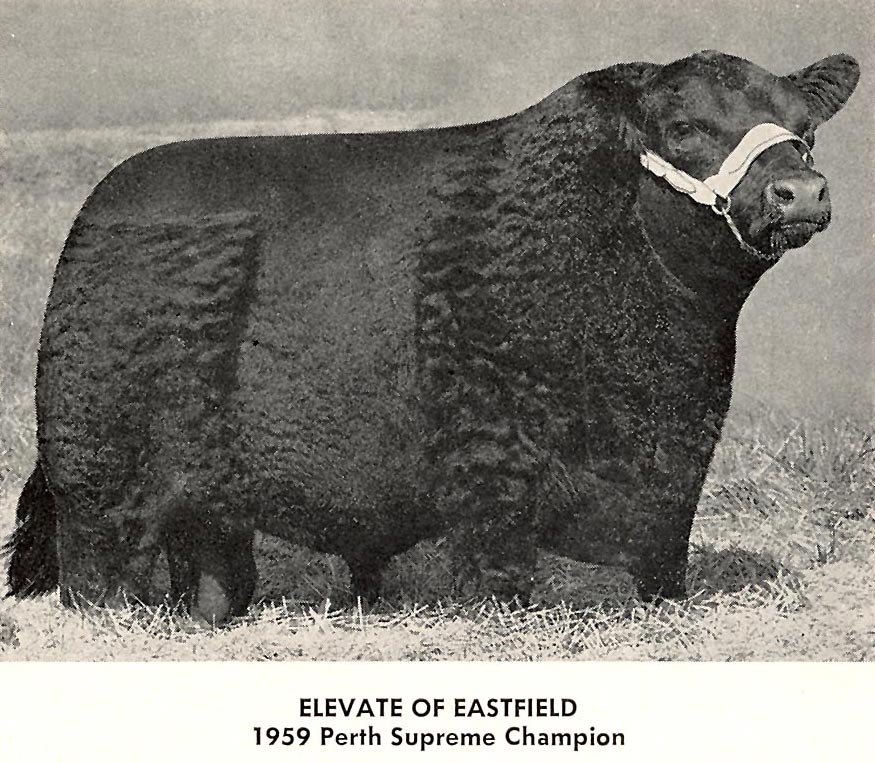 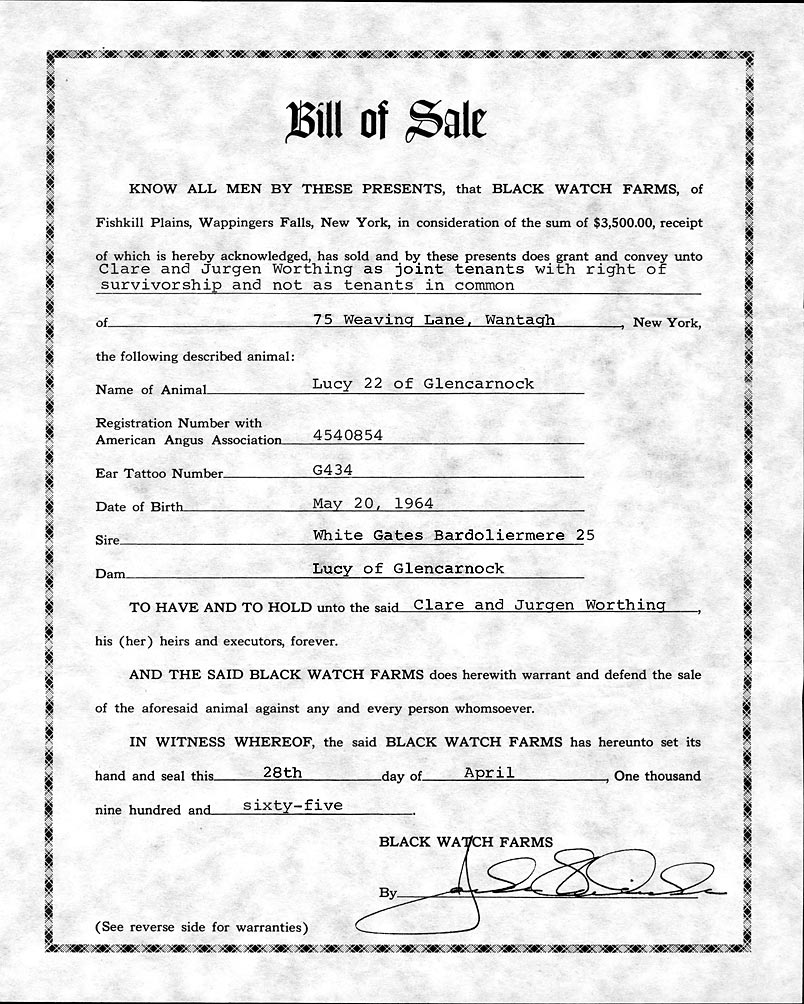 In 1961 Clare and I went with Jay and Fran Salz, and Gene Rothstein, our accountant, to visit Black Watch Farms in Wappingers Falls, New York to look at the Black Angus cattle and learn about their offer to sell shares in a limited partnership. The partnership owned a number of top quality Black Angus bulls and cows, and were breeding the best animals in the country. Click to see pictures of two of these prize bulls: Ankonian President, worth over $1,000,000, and Elevate of Eastfield.

In March 1962 I purchased a $5,000 limited partnership share in Black Watch Farms. Over the next six years the partnership paid some income but also had large expenses which were tax deductible.

I sold eleven progeny at various auction times for profit less than $1,000 profit, after maintenance expenses. Again, the difference in tax rates probably saved me $5,000 in taxes.

The main reason for being in the cattle business was that the costs of maintenance were tax deductible, while the profits from the sale of offspring were taxed as capital gains. At that time I was in the 50% tax bracket while capital gains were taxed at 28%.

In August of 1968 I got tired of owning the cows so I sold them and the offspring back to the farm for $22,500. It is hard to figure whether I made money on that adventure or not.

In July 11, 1968 an agreement was reached to sell the partnership to Bermec Leasing, and in January 1969 I exchanged our Black Watch shares for shares in Bermec. At the time of the transfer the shares were worth about $60,000 dollars. Although my accountant had originally advised me otherwise, it turns out I had to pay a capital gains tax on the profit, even though I had not yet sold the Bermec shares.

I started slowly selling the stock, but we went on a long trip to Asia on March 11 and did not pay attention to the stock. By the time we came back in May the stock had dropped greatly until I sold the remainder at a fraction of its original value. In the end, we had sold all the stock for about $18,000.

In April 1971 Bermec filed for bankruptcy. Click to see the certificate for the last batch of Bermec stock that could not be sold after bankruptcy.

In June 1974 I received a notice of a law suit against me, as one of the Black Watch limited partners, for a breach of contract. The plaintiff said he had not received his finders fee for the sale of Black Watch to Bermec. This lawsuit went on until we lost it in 1981 and I had to pay the whole $5,000 investment plus $2,650 in interest.

I guess that, all in all, I came out about even, but learned that I shouldn’t be dabbling in fluctuating investments unless I keep track of them. I was to learn that lesson again several times. 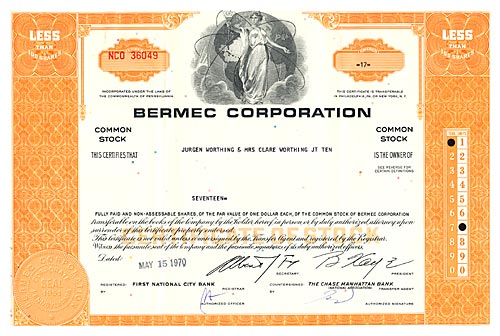