Max and I met in the summer of 1975. The New York Assembly had gone Democratic after many years, and the oil cartel had cut off our major source of petroleum causing long lines at the gas pumps. Assemblyman Dan Haley convinced the leaders of the legislature that a commission should be created to look for solutions for New York State. Max and I were hired as part of the staff of the Legislative Commission on Energy Systems.

For the next six years we worked together. In 1977, when Assemblyman Angelo Orazio assumed chairmanship of the Commission we both stayed on, with Max as Legislative Director handing the political matters and me as Technical Director handling the scientific matters. Together we wrote and had enacted many of the energy laws of the state.

We were so often seen together, pressing legislators for passage of energy laws, that Gene Spagnoli, a reporter for the New York Daily News, in one of his columns dubbed us “The Sunshine Boys.”

During the months of legislative sessions we would live in Albany several nights in the week. At one time we shared an apartment, and at other times we had separate accommodations. Almost every night when we were in Albany we would have dinner together, often joined by Helene Conroy, who was the Administrative Director of the Commission, and my wife Clare, and sometimes with Assemblyman Angelo F. Orazio. After the main course of the meal Max would always want to finish off with chocolate ice cream, and we would ask for several extra spoons. He was always willing to share.

Max always walked around with a bunch of envelopes stuffed in his jacket pocket. They were usually envelopes from some junk mail he had received, but he was recycling them with notes of things to do. I understand that Robert Moses did the same thing, so maybe it’s a New York trait.

One day the lining of his jacket was hanging down, torn from long use, and I took a stapler from my desk and stapled it together. I suspect it stayed that way until he retired and stopped wearing jackets.

After Max and I retired and Max moved to Florida, Clare and I would visit him each winter for a few days to a week. We rarely looked back on the years in Albany, but rather discussed current politics and thought up ideas for improving the world through his weekly column in the local papers.

Clare wanted to add some thoughts:

In this world there are only a few people who could be considered “special.” Max was definitely one of those.

An altruistic champion, he was kind of a Don Quixote, but his challenges were of a more real kind than windmills. I loved the energy and enthusiasm he gave when a cause he truly believed in needed his attention.

I am happy to recall the times I was permitted to participate in brainstorming sessions, and I am proud to have been considered one of his many, many friends.

Here are some photos of our later years. I regret that we didn’t take pictures during the Albany years. 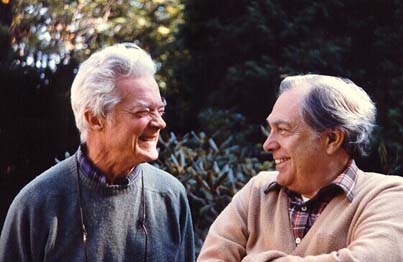 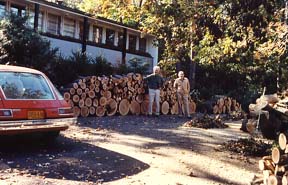 Fall 1985
Lots of firewood in Rye after a lightning strike 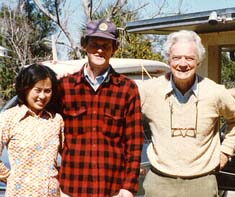 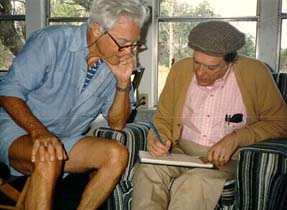 March 1989
Planning an attack on the “Energy Moguls.” 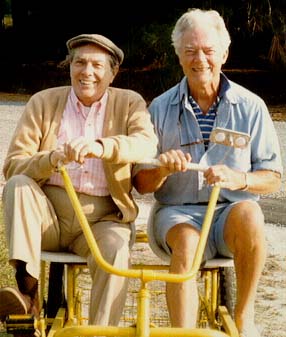 March 1989
On the bicycle built for two 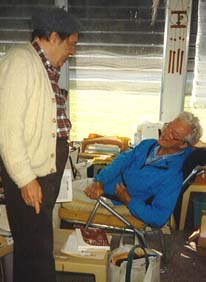 February 1992
How to solve another world problem

February 1994
Jerry Reads while Max works on his column 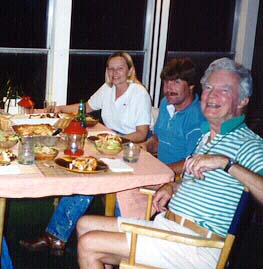 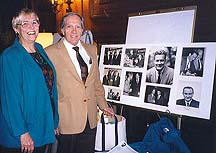