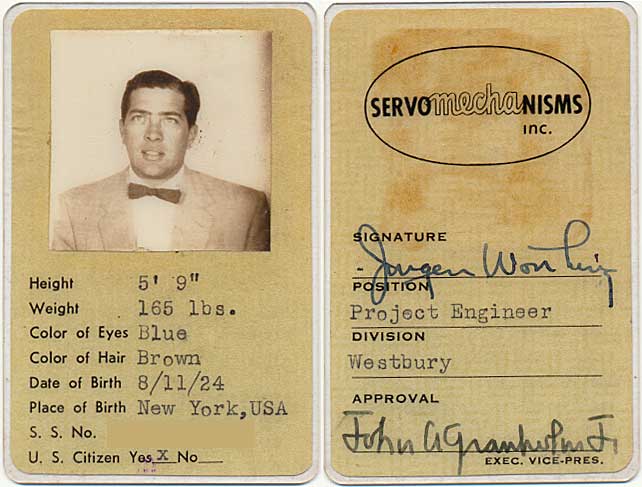 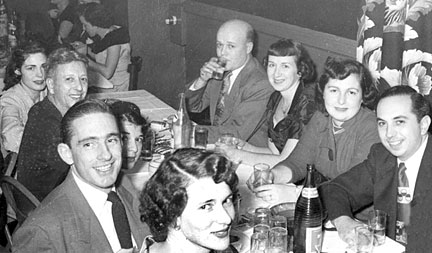 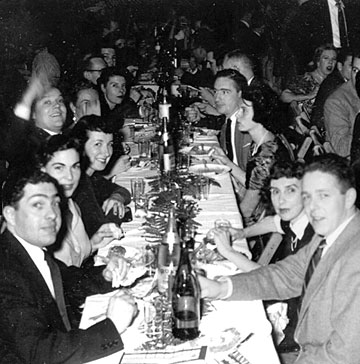 In the two summers at Poly I took some very interesting courses that taught the design of industrial control systems. In general they involved equipment that would measure some physical quantity, and maintain its value, or change it to some selected value. These systems, called “servomechanisms,” were quite new at the time, and would lead to my work in automatic control systems and computers. My teacher, Ted Gam’s, was a practical expert in the field, rather than a professional teacher, and I learned much from him in the way control systems were designed and used. This field of work intrigued me.

When I was about to graduate from Brooklyn Poly I looked around for the kind of job I would like, and I was quite certain that I wanted to work as an electrical engineer, designing electronic circuits. I applied at a number of the firms on Long Island, large and small… Grumman, Sperry, and Servomechanisms, to name a few.

Frank Merklein was working at the National Broadcasting Company at the time, and said that the American Broadcasting Company was looking for people, since they were about to start broadcasting television, and that he could get me an interview. I guess I was captured by the glamour of “show biz,” and accepted a job as an engineer. Little did I know that I would end up pushing a platform with a camera and cameraman back and forth. I soon discovered that I did not like the job. It wasn’t what I wanted to do; I didn’t like the odd hours sometimes early in the morning or late at night; I didn’t want to spend my life commuting to the city; and I didn’t care for show people. I worked there for two weeks, and gave them two weeks notice, and was again out of a job.

I went back to looking for work on Long Island, and walked in to Servomechanisms, Inc. just when they were expanding their engineering department, and they hired me immediately. I had employee number 18 badge.

Servo was located in a couple of old aircraft hangers in Carle Place diagonally across from Roosevelt Field in an area that is now a shopping mall. Shortly after starting work at Servo I found out that Frank Merklein’s sister, Fran, was working in Mitchel Field and needed a ride to work. For a few months I drove her to work and then suggestd that there was an opening at Servo for secretary to the President and she got the job. From then on we commuuted together.

When Jay Salz (another engineer) started working at Servo Jay and Fran met, started dating, and eventually married. We four became quite friendly, often double dating and even spending vacation time together in Montauk.

Servo had a single contract to build a small analog computer that converted a voltage from an airborne radar to a different voltage that had a non-linear mathematical relationship to the original voltage. By today’s standards that is an easy job, but in 1948 the computer was state of the art. That Range Servo was a significant part of the gunfire control system for a jet plane later used in Korea.

The Range Servo was pretty well designed by the time I got to Servomechanisms, Inc., but it was so good that they received orders for some ever more complicated computers, and over a six-year period I moved up as a designer of the systems.

The man in charge of the designs was George Attura, who taught me much about circuit design, and how to be very careful, in a step-by-step manner, to be sure of my work. He had one flaw… he wanted to be in business for himself making computers similar to Servo’s, essentially in competition with them. Furthermore, although he was a perfectionist in his work, he was a tyrant to the people working for him. At one point he spent a lot of time on the telephone talking to his customers, and since I saw this as an opportunity to get rid of him, I had our telephone operator connect his calls so that the Vice President of Engineering could listen in. Attura was fired shortly after that.

By 1952 I had learned my trade well, and was the senior person designing these computers. Although a more experienced person was brought in to supervise the engineering department, I was still their best project engineer. The company expanded rapidly as a result of the airborne computers that I was designing, and it moved to larger headquarters in Westbury, and opened a west coast branch near Los Angeles.

It was my responsibility to design and supervise the designing of a large number of analog computers for fire control and flight control applications. On smaller jobs I personally designed the electrical circuits and specified the mechanical configurations, On the larger jobs I supervised the work of as many as 20 engineers, designers, and technicians working as a team.

The technical proposals and cost estimates that I prepared were followed by detailed design of computing circuits, specification of all components from precision potentiometers to servo gear ratios, supervision of mechanical engineers who designed the packages, procurement of materials and supervision of the equipment final assembly. We designed special mechanical breadboards so that the system could be tested before the mechanical design was completed. Breadboard experiments as well as final tests of equipment were closely controlled to ensure that the final product met the design specifications.

Throughout the design period it was also my responsibility to see that the time and cost allotments were not exceeded. In all cases these designs were carried through until the development models were completed and accepted and in many cases preproduction models were supervised as part of the development program.

The computers built at Servomechanisms, Inc. were unique in having many of the “black boxes” designed so that they could be used interchangeably in different computers. The amplifiers were sealed so that they would perform in extreme environmental conditions. When all the components were assembled on an interconnecting platform they comprised the complete functioning computer system.

A few of the computers that I designed and “projected” to their successful completion are as follows:

Range Servo. Although the original design of the range servo (part of the A-1 and A-4 Gun-Bomb-Rocket fire control system) was well under way at the time I joined the company, I was placed in charge of several large modification programs wherein the range servo was modified or completely redesigned in order to provide miniaturization or to adapt it for new rockets and ammunition.

Angle of Attack Computer. Basic input quantities of static and dynamic pressure, vertical acceleration, and aircraft weight were used to compute angle of attack for the rocket-fire sight (Hughes) used on the F-86D.

Magnetic Heading Selector. Input radio commands were used to change the aircraft heading by means of a special autopilot coupler that memorized the commands and directed the autopilot to provide proper aircraft bank angles. As the proper new heading was approached, the bank angle was reduced until the angle was zero when the aircraft was on the new heading, This unit was a combination analog and digital computer.

In my work in designing computers I had a number of ideas for patents and of those that were applied for patent 2,747,149 was issued on May 22, 1956 jointly to me and Vic Azgapetian, “Frequency Responsive Device and System Employing the Same.” Of course, the patent was assigned to Servo, and they received the fancy patent certificate. I am not aware of any other patents issued in my name after I left Servo.

By now the Korean war was under way, and I was working long hours, unfortunately as a professional I was not paid overtime. One week when we were under intense pressure to ship a prototype computer I listed 120 hours of work. The pressure caused stomach pains, that were never attributed to a cause, and at one point chest pains that took me to the hospital for evaluation… again the source of the problem could not be determined. Fortunately, these symptoms disappeared, so I attribute them to stress.

Despite the long hours and intense work, Servo was a great company to work for. The three founders had worked together at Fairchild Camera Corp and wanted Servo to have a friendly, family-like, atmosphere. They had a party each Christmas, a picnic in the summer, golf and bowling outings, and gave each employee a turkey at Thanksgiving. I won the “long ball” trophy at one of the golf tournaments.

At one point in 1952, while the prototype of the Master Air Data Computer was being made, I was assigned the job of designing a piece of portable equipment to test the computer. It had to be small and light, and it was sophisticated enough that it needed a very small and highly sensitive voltage measuring instrument. We could perform the necessary tests in the laboratory, but there was no instrument available that was small enough to be incorporated in the suitcase-size tester. I envisioned an instrument that was small, with all the electronics miniaturized directly behind the display meter, and I prepared a patent disclosure and suggested it as product for Servo to manufacture.

The company assigned Bob Corby the job of designing that instrument, and he worked on it for a month or two, but was not successful. I designed the test set without the special meter, and suggested to the company that they use my idea for a commercial product. The company decided not to apply for the patent and discarded any thought of manufacturing the product.

Ed Hoffart and Jay Salz were always talking about the idea of starting a small business of their own. Jay was in the field service department (part of sales) at Servo and Ed was a production engineer, which meant he had to solve problems as they cropped up in the production line. In the summer of 1953 Clare and I went on vacation to Montauk and when we came back Jay and Ed told me that they had been approached to build (in Ed’s basement) a piece of test equipment for Fairchild Camera and Instrument Company, one of our vendors, and they had bid on the job. They thought it would be good to also have a product of their own in case the subcontract didn’t work out and they wondered whether I would let them build the meter that I had envisioned. I said it was OK with me, but the idea belonged to Servo, so I’d have to ask their permission. The company said they wouldn’t object, but they would not give me the permission in writing.

Shortly thereafter Jay and Ed came to me, saying they didn’t know how to design the Panel Mounted Vacuum Tube Voltmeter, and wanted me to design it for them, being paid for my efforts of course. I said that they were close friends, and I didn’t want to take their money… I would instead come into the business as one of their partners. They were thrilled with the idea, and that’s how Trio Laboratories was formed. On October 19, 1953 (two weeks after Cathie was born) we signed the partnership agreement that Danny Distler had drawn up.

That was the beginning of Trio Laboratories, and working at Servo during the day and starting up Trio at night. From then on our leaving Servo was destined.

Meanwhile our children were growing up and in a few years I started getting involved in the community. 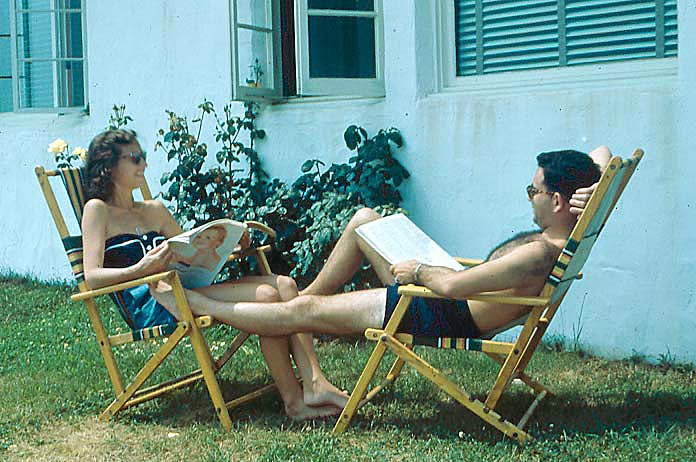 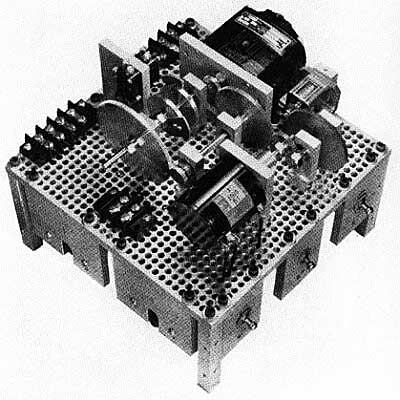 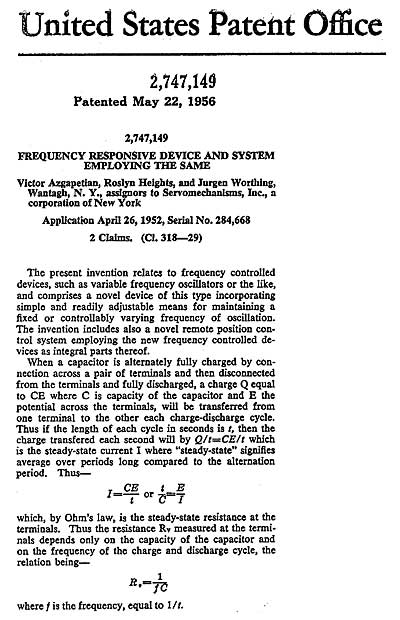 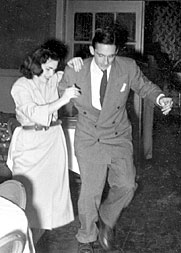 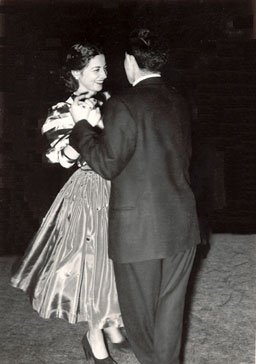 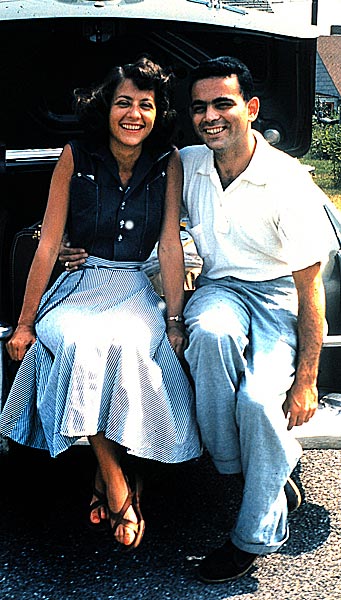