The next day we were to go back to Vienna, but Angie did not expect us before 6:00 PM so we had some time to kill. We decided to not waste our last day in Slovakia, so we went back to Sala to see whether a search of the files related to Nitra would yield some more information. The trip yielded little new, just some more Nagel listings that seemed disconnected from the ones we knew. We gave up, took the train to Bratislava, the bus to Vienna, and the subway and a cab to Angie’s. This was an opportunity to relax for the weekend before catching the plane back to New York.

Angie’s son, Christian, had come to Vienna for a few days, on business, giving us a good chance to see him again. Clare and I was seen Christian in Vienna a few days after he was born in 1959; I had seen him in 1969 and 1970 in Johannesburg, South Africa, and he had come to New York with Angie and Hans about 1985. Angie*s brother, Klemens, bringing along his current friend Tina, drove 600 miles from Germany to have breakfast with us.

On Monday morning Angie dropped us off at the airport, on her way to work. We boarded the Delta flight, saw “Legends of the Fall,” and after a long eight hour flight, we returned uneventfully to New York, all of our luggage arriving with us. 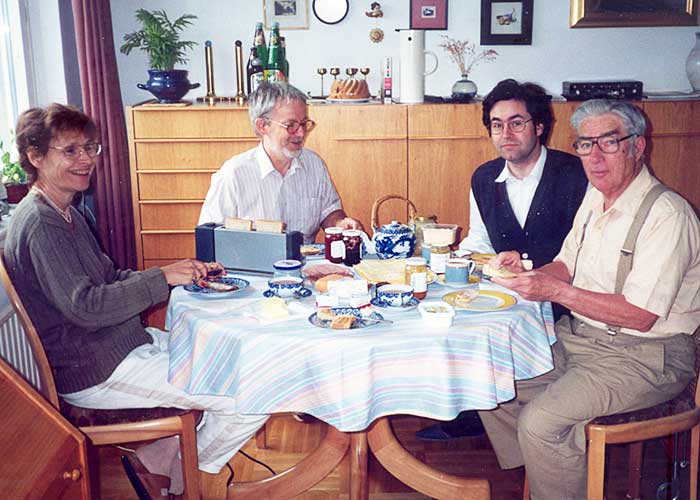