The last day in Nitra we decided to give a last try at genealogy and go to Bratislava, the capital. We took the bus, and when we got there asked the cab driver to take us to the head archivists office on Klemensova Street. Since we did not have a street number, and he did not know the place, we were simply dropped off, and decided to walk the few blocks from one end to the other.

Shortly, we saw a building that looked official, with a plaque at the entrance (in Slovakian so we had no idea what it said.) We went in and asked for the archivist, and were directed to go downstairs and the end of the hall. The hall was lined with shelves filled with ancient-looking boxes of papers, so we figured we were in the right place. The archivist, who spoke only Slovakian, tried to be of help, but eventually he called in two young ladies who spoke some English. It turned out that this was the headquarters of the Slovakian Railways, and that the national archives were at Drolarska 42, out towards the edge of the city, a city of 300,000. When we asked how to get there we were told to take the trolley bus, and after some consultation one of the ladies, Zusana Miskovicova, said she would go there with us.

Getting off the bus we climbed a small mountain, past the stadium, sort of a back way in to the modern building that is the archive. We asked for Dr. Marta Melnikova, the Director, and were directed to a room in which a man in a white smock sat. He spoke a little German, but mostly spoke Slovakian to Zusana, who translated. Apparently the only records there were from World War II, 1942 to 1944. As we were about to leave Melnikova walked in, and when she saw the “Weisz-Nagel” title on the family tree she got very excited, as if she knew all about the family. She said she had researched the subject, and it was included in a 2,000 page manuscript she had.

When we asked to see the manuscript she begged off, saying that she had to leave immediately for a meeting down town, but if we would put down, in writing, the information we were looking for she would try to dig it out and send it to us. The man gestured to indicate that she was all talk, and we should expect to receive nothing. Despite that, we Xeroxed the top of the family tree and Bob wrote out a two-page description of what we were looking for, in German.

We decided that the final place we wanted to research was the University Library, so after stopping for lunch in a local Chinese restaurant (I had curry since they didn’t have goulash) we took the trolley bus back to the centrum.

The reference librarian showed us an old set of biographical books by Kempelen (about 1900) but it showed nothing about Nagels, and we didn’t look for anyone else. She suggested we go upstairs to see PhDr. Klara Meszarosova who is in charge of antiquities. She showed us the Visitatio of 1778-9 but it was only a tabulation of statistical data of towns.

As a last thought, as we were leaving, she said to give her some specific names and we said Foldes, Weisz, and Nagel. She brought out a biographical encyclopedia, “Magyar Irok” by Josef Szinnyei, dated 1903, Budapest. It had biographies of Bela Foldes (4 pages), Bernat Frerencz Weisz (3/4 page), Emil Nagel (3/4 page) including lists of their publications and business activities, and in some cases dates of birth and death. A one-line listing of “Weisz Bela L. Foldes” confirmed that his original given name before conversion was Bela, a question that was always in the back of our minds.

Elated with all this information, which we had Xeroxed, we left for the bus to Nitra. On the bus I was looking over the Xeroxes and noticed Janos Weisz, on a page after Bernat. His biography (in Hungarian) mentioned “Bernat Weisz” and “Brockhaus” so I asked Bob whether this could be a brother of Jakob whom we knew little about, but Dad had listed on his family tree as Johann. Bob said that Hilde Igloi, our cousin in London, had told us that Johann Weisz was a founder of the Peter Lloyd Bank in Budapest, and sure enough the biography mentions Pester Lloyd. Since Pester and Peter are the same, and Janos and Johann are the same, we had found details on another member of the family! Now if only we could find someone who could read Hungarian well enough to do the translations of all this biographical information. If you click on the small images below you can see the full text (except just one of four pages of Bela Földes.) 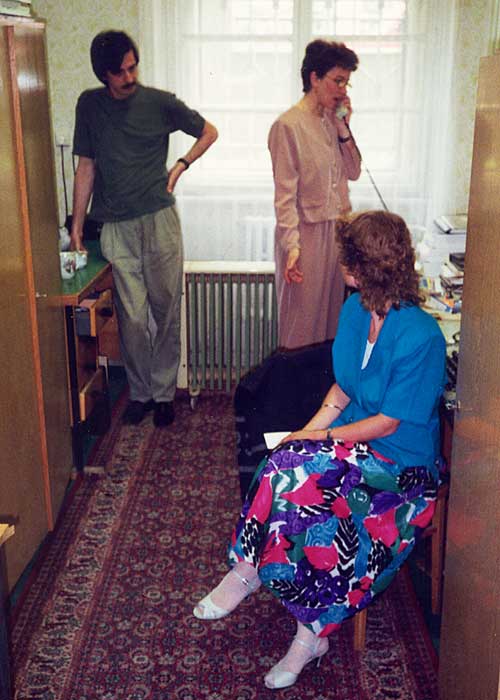 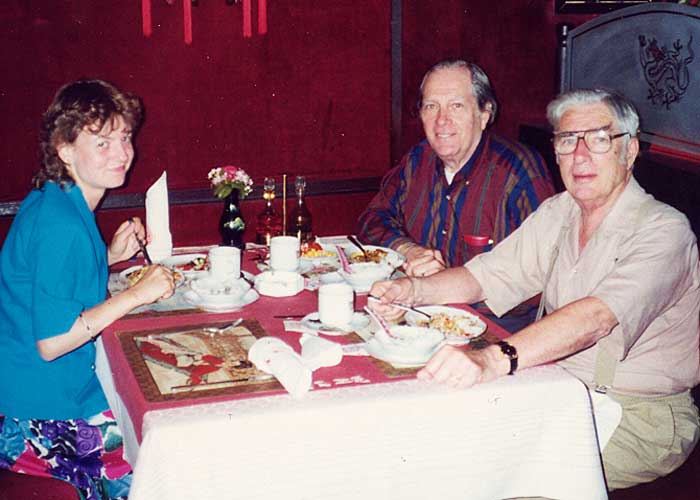 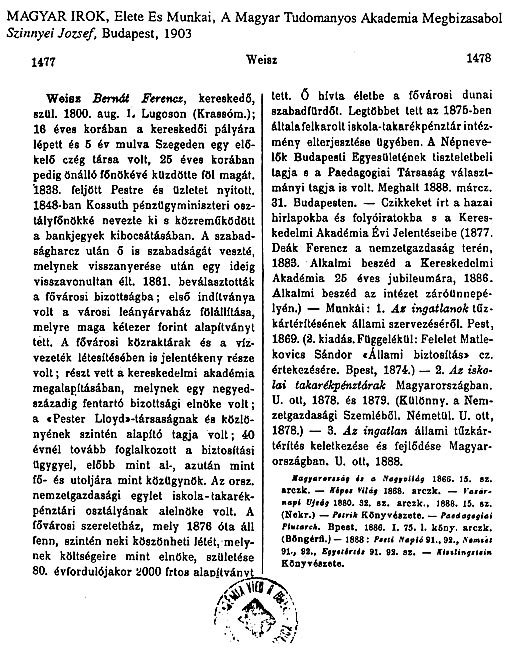 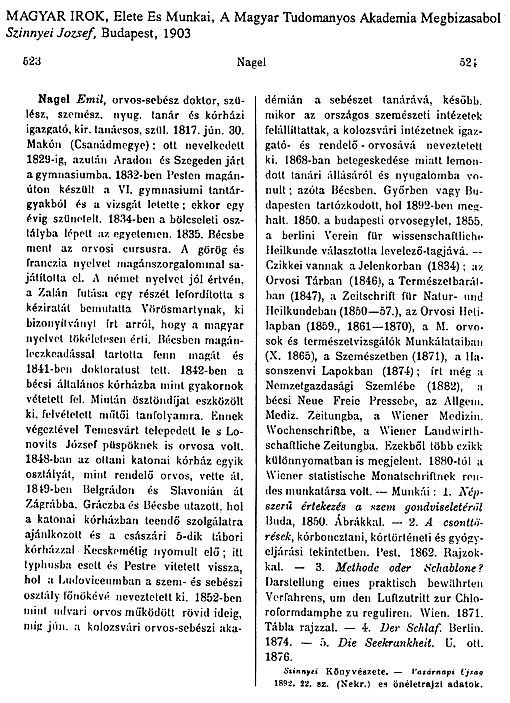 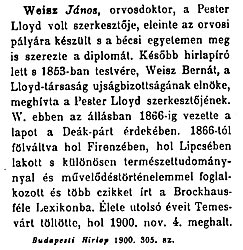 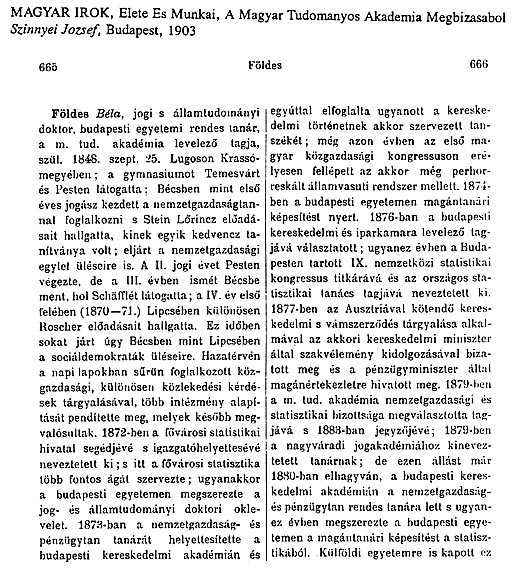