As we entered the city of about 31,000 we saw the Korona Hotel which was mentioned in travel guides, so we asked our next taxi driver to take us there. “No good,” he said, so we asked about a pension, and he took us to the Fenyo Panzio. Fenyo means Christmas tree. It was nice and clean, had a brand new room for us upstairs, with two single beds, a skylight and big bathroom. With continental breakfast it cost us $13.00 each. This was to be our base for the next six nights.

It was still early morning, so we had the taxi driver drop us off at the museum. We wanted to see the place that had published Andras Csillag’s “The Hungarian Origins of Joseph Pulitzer,” and see if we could find out more about the Nagels. Sure enough, they had the booklet for sale ($.50) so we bought a copy, and looked around the place. We then walked a few miles around the town, had a hot dog for lunch and went back to the Panzio for a nap.

The information that we had brought about the Makö cemeteries had two names of people in Makö who had helped in gathering the information for the report so we tried calling them. One did not want to talk, and the other, Ferenc Baron, had died the month before, at 79.

Looking at the page I had Xeroxed from the Levittown Library’s Hungarian Baedeker, I realized that museum would be open until 6PM, but would be closed on Monday, so we went back to search for more information. They were getting used to seeing us.

We toured a collection of old houses in the back of the museum, took some photos, and went back to the main building.

Downstairs the museum had an art exhibit which included a portrait of Empress Elisabeth, consort of Franz Joseph I. We had heard that Josefa’s brother Emil had, for a short period been her personal doctor, so we took a photograph.

Upstairs was the historical section, so we went up and looked around. It was mostly the history of the town, and its agriculture, but nothing about Pulitzer.

When we had seen almost everything I discovered an old map, dated 1824, and saw that it had every house numbered. I recalled that the microfilm of 1852 marriages in Makö had recorded the marriage of Benjamin Nagel to Rosalia Nagel, and listed their residence as 2444 Hunyadi Utca. (Click to enlarge)

The Csillag booklet had a notation about Pulitzer’s uncle (who was married to Josefa’s sister) and the footnote had a number 2443. We now realized that the number was the house number. Here was a map that showed exactly where the houses were! It even showed the shape of the houses, and the Nagels and Pulitzers lived in odd shaped circular houses with rectangular extensions, the Nagels’ having a key shaped end of the rectangle. There were about ten of these circular houses. We became very excited!

Bob took out his camera and shot a couple of pictures, with the hope that we would later be able to blow them up and thereby have a copy of the map. It would be great if we could get a photographer to take a good picture of it, or if we could get a Xerox of it. We knew we would be back again to look it over.

After that excitement we decided to walk further in to town, and look for the houses we had seen on the map. We found where we thought the building had been, and it was now an apartment house, and one building away from the main street. We figured the family must have been wealthy to have such a central location.

Shortly we saw a large elegant looking building and we wandered over to see it. A man named Laszlo Tkkoics came out and Bob spoke with him in German. He said he was a security man for the city hall, and that he was the only person in the building that spoke German, and so we explained our mission to Makö. He was very cooperative, and said that the next day (Monday) was the holiday of Pentecost (Pfingsten in Germay, Whitsun in England) and all would be closed, but if we came back Tuesday we could meet the officials. If we would ask for him, any time after 8:30, he would introduce us and translate. Our luck was holding out.

Earlier, at the museum we had asked whether Csillag, the author of the Pulitzer pamphlet, lived in Makö. They said that he did not, but I decided to check the phone book anyways. They were right, he was not listed in Makö, but digging a little further I saw his listing in Szeged, only an hour away. So Bob called him, was pleased to find that he spoke excellent English, and arranged that we would go to his home for a visit on Tuesday afternoon. We wanted to clarify some discrepancies between his data and ours.

It was time to look around for some dinner on that Sunday afternoon, so we walked to town and searched for a place for Hungarian food. Not finding any we settled down in a place that sold pizzas and hamburgers. I grabbed a couple seats at a table that was partially occupied by a young lady while Bob waited for our orders. A couple fellows then came to sit with the lady, and we started chatting in a mixture of German and English. I asked about Lugos, and how to get there, and in the conversation one fellow mentioned his name was “Baron.” Bob realized he was the son of the fellow mentioned in the cemetery information… the one who had died. We then chatted for some time, during which Baron pointed out the archives building, right across the street from the pizza place, and he warned us against going to Romania. He said that Romania was filthy, we would be robbed, and the gypsies would pick our pockets. 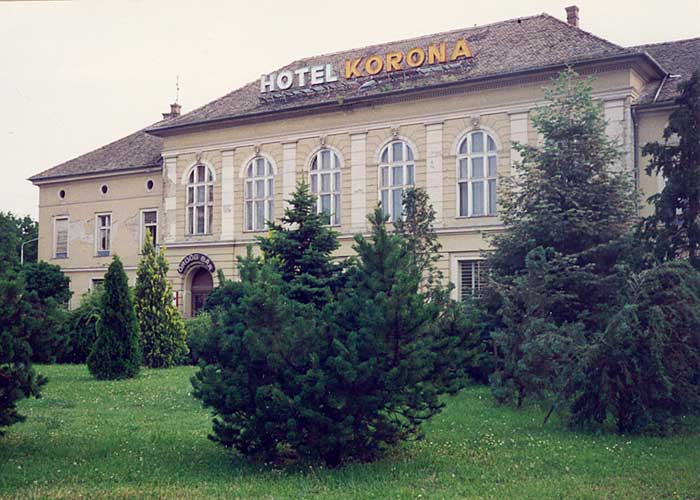 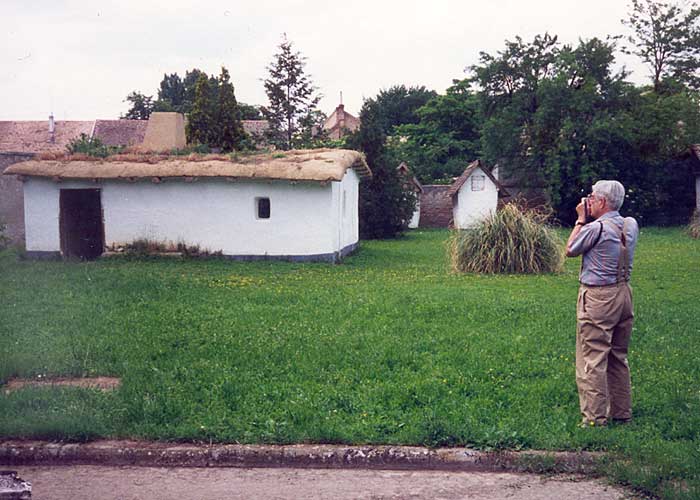 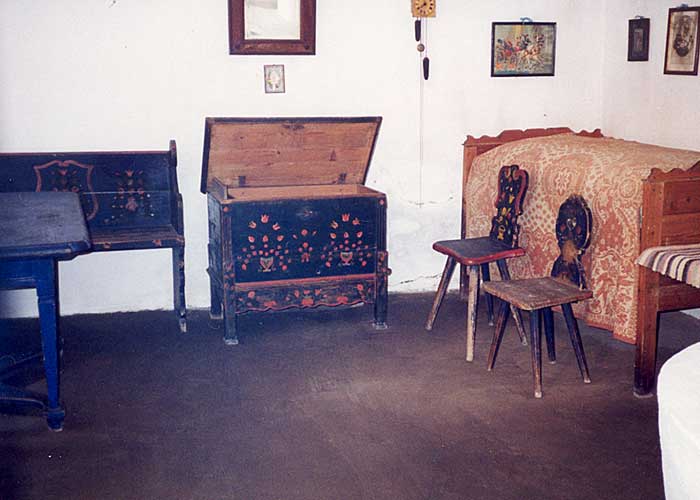 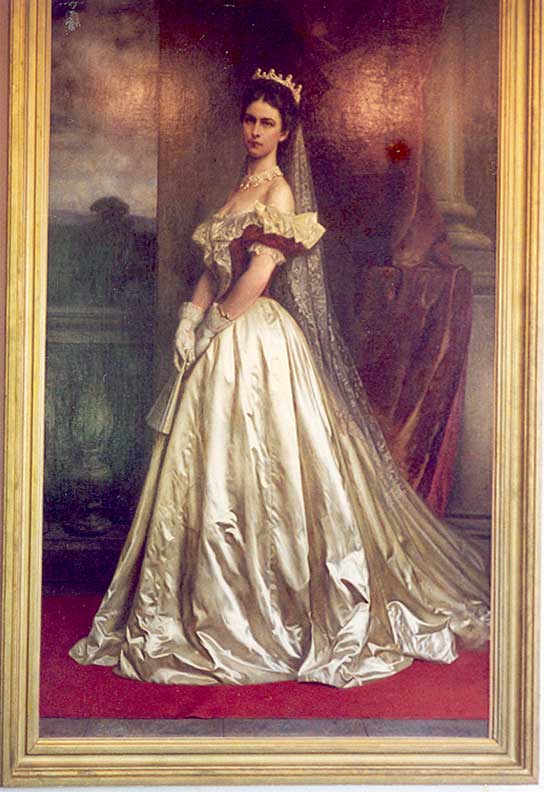 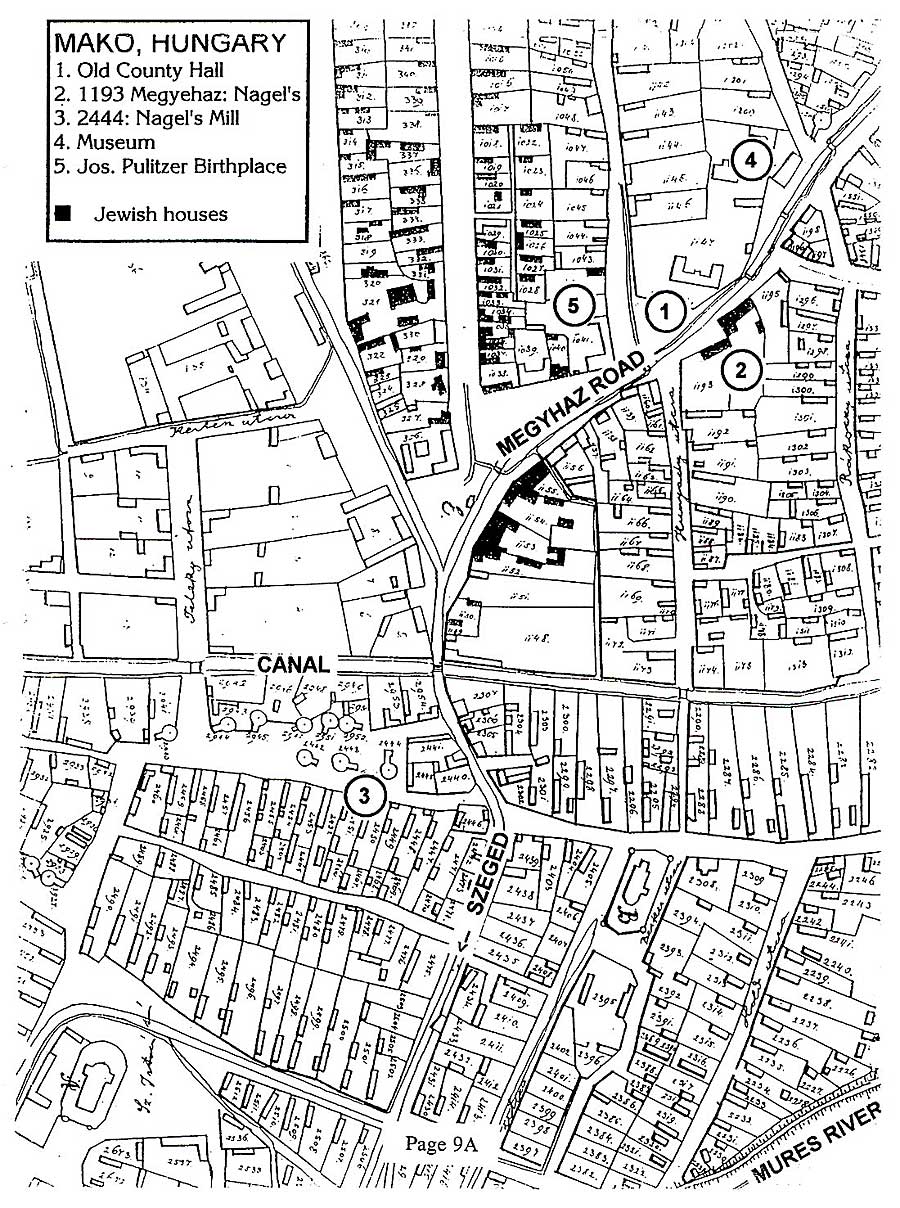 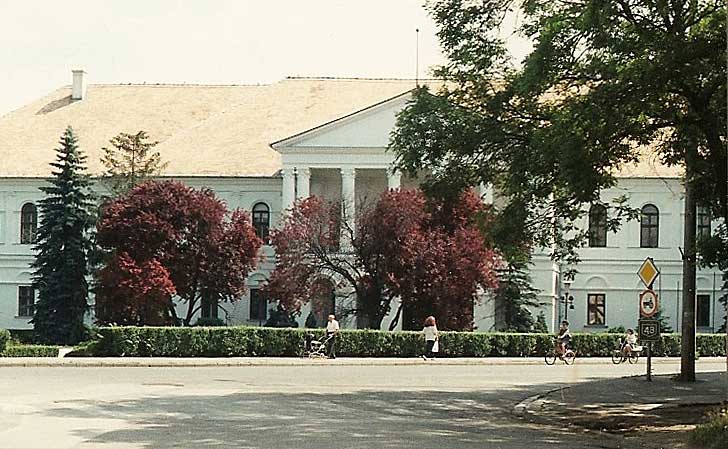