Tuesday, June 6th, was to be the most productive day of our entire trip. Coincidentally it was Dad’s 105th birthday! By 8:30 we were at the city hall, which in Josefa’s time was the county seat, and we asked for Laszlo. He took us to meet the mayor, at which time we presented our letters of introduction, again showed our family tree, and explained our goals of finding out more about the family. Since the people in the mayor’s office only spoke Hungarian, it was fortunate that Bob had gotten the consulate in New York to provide the translation. Reluctantly, the mayor’s secretary called the archives. From her expression we could tell that they didn’t seem to feel they could be of much help, but with Laszlo leading the way we went there anyhow.

With Laszlo having left us in their kind hands, we showed our letters of introduction and the family tree, and explained (again in German) that we were looking for information about the Nagels in the early 18 hundreds. They got more enthusiastic and started bringing out old documents and Xeroxed anything we wanted.

We mentioned the map we had seen at the museum and they brought out a box with a dozen or so map reproductions. That 1824 map had a directory on the back and after a long search through the listing of thousands of names we found Nagel at house number 1193, a house we had seen right across from the County Hall! So this was the house where Josepfa had lived… just what we had come to Hungary to find! Wolf Kohn (Josefa’s grandfather) lived next door, and Michael Pulitzer lived a block away, also on the main road. The “zs” notation is for Zsido meaning Jew.

We asked about buying the map, but they would only sell the entire set, which would be heavier than we wanted to carry back. However, they were kind enough to copy the section we wanted, and we were elated. When we asked again for information on the back of the map we found that in 1824, building 2443 was owned by Samuel Dobsa, 2443 was owned by Ferencz Fezekas. We had no indication whether Pulitzers lived there as renters or mill operators, or not.

We then looked at many more documents. The 1850 Tabulation of Families that listed quantities of animals owned by each family showed Samson Nagel to at house 2444 (the mill) to have 3 mares and 2 geldings, but no mules, oxen, cows, or sheep. Of 47 other entries on the sheet, 10 had 5 or more horses, and all but one other had oxen or cows.

The 1850 Census confirmed other information that we had known or presumed:

At house 2410 Mihaly Pulitzer (1779), a merchant, had a wife Sali (1788), a son Aron (1826) and a daughter Josefa (1834). Csillag had told about these family members, but we had been suspicious of the Josefa, thinking it was Josefa Nagel, not Pulitzer. We now had confirmed that he was correct.

Since it was still early in the morning, just about the time for the museum to open we decided to go there. We asked to see the Director, and since we were well known in the museum by then, we had no problem getting to see him, Dr. Halmagyi Pal. We introduced ourselves, showed him the letters, and the family tree, and he started to bring out boxes of old documents. As with the archivists before, he spoke good German, and again was most cooperative, copying anything we wanted.

The 1809 census of Jews listed Volff Kohn (1763), wife Barbara, and daughters Cathalina, Sara, Theresia, and Anna, and five others who were apparently unrelated. The Mormon microfilms of the 1848 census had Volff Kohn, now called Farkus Kohn (Farkus is wolf in Hungarian), in one house at the age of 85, Anna Kohn and her husband Kalman Fless living next door with their seven children, Katalin Kohn and her husband Samson Nagel living next to them with two of their daughters (Eva and Rozalia) and Susanna Kohn and her husband Abraham Leibnick and three children living a distance away. The family now seemed nicely linked in the records, but it was the first time we had seen mention of the Farkus Kohn’s daughter Theresia… a new name to put into the computer.

An 1828 listing of debts and payments (in Hungarian), was apparently some sort of Jewish mutual assistance fund, and showed 24 items on the page. The most descriptive one, with the 2nd or 3rd largest amount, listed Samson Nagel having a paid off debt of 1142 Florins which had been borrowed for the construction of some sort of building. He must have had a good credit rating to have borrowed so much.

An 1853 list showed passports that were needed for going to other places in the country, such as Pest. It listed Samson Nagel, born in 1793 in Nagy Topolcany and Katalin Nagel born in 1795 in Makö. He is listed as a merchant, and she is listed as a female merchant, the only female on the entire list.

Being finished at the museum, we caught the noon bus to Szeged to see Csillag and decided to look first for some lunch. We saw McDonalds, Burger King, Pizza Hut, ice cream shops, pastry shops, etc, but nothing that looked like Hungarian food.

We saw a classy looking hotel, the Royal, and I suggested they might have the Hungarian food I had been searching for, and sure enough they had a restaurant, and it served us veal paprikash. At last! And it was good. Even in a nice place like this the food was inexpensive: veal, spaetzle, vegetables, salad, and two glasses of wine came to $15 for the two of us.

We needed to exchange some money, and the hotel doorman directed us to a bank down the street. There, a guard showed us a machine that would accept any of a dozen kinds of foreign currency and dispense Hungarian bills and coins at the current exchange rate. This was the first time I had seen such a high tech machine, and I certainly didn’t expect it in Hungary.

We took a taxi to Csillag’s house where we were well received, and spent about two and a half hours discussing the subject of Pulitzer, as well as the two years he had spent in New York on a Fulbright scholarship. We didn’t learn much new, but he was certain that the information he had about Joseph Pulitzer’s aunts was correct, and not confused with our relatives. One thing of value that we did receive, however, was an English translation of his pamphlet which had been published in the April 1985 issue of “American Jewish Archives,” and in “Hungarian Jewish Studies,” published by the World Federation of Hungarian Jews.

We went back to town and took the bus to Makö. In the Makö bus station we tried to get information about buses to Timisoara, in Romania, but it was difficult to get a clear understanding, since they only spoke Hungarian. It seemed that there might only be 2 or 3 buses a week. Perhaps, we decided, we would go to Szeged the next day to find out about train connections, as well as dig into the archives for more information.

Back in town we had a Hungarian-style hamburger and a Pepsi, and went back to the panzio after a long, and very productive, day. That night brought a big thunderstorm, with heavy hail that I felt certain would burst through the skylight in our room. It was still raining as we sat down to breakfast and contemplated whether we would go to Lugos.

Next to our table was a group of three Germans, also having breakfast. As they were leaving with their bags to get in their car, Bob, always wanting to practice his German, went out to talk to them. He asked where they were going, and when they replied, “Romania,” he asked exactly where. Surprised at their reply, “Lugos,” he asked whether they would take a couple of extra passengers. They said that their trunk was full, but if we could get along with small bags that we would hold on our laps, and could leave in a few minutes, they would take us. Wow, right to our destination! We tossed a few things in our small overnight bags, closed up our suitcases and gave them to the lady in charge of things, and said we would be back in a few days. 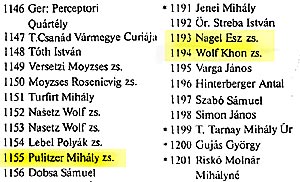 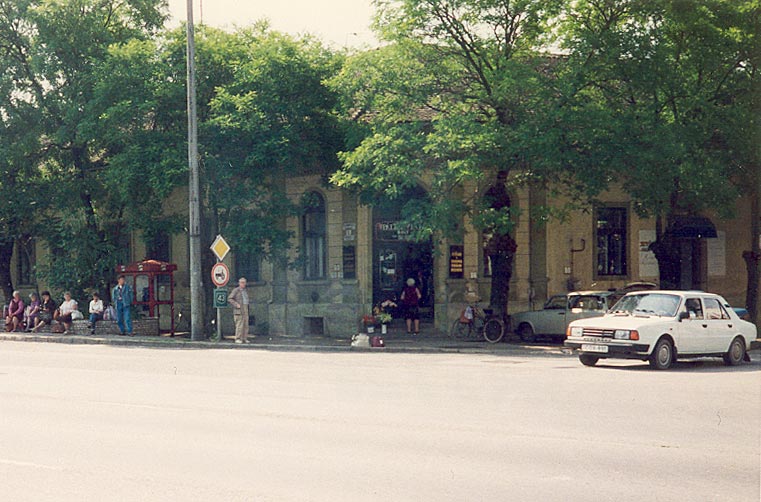 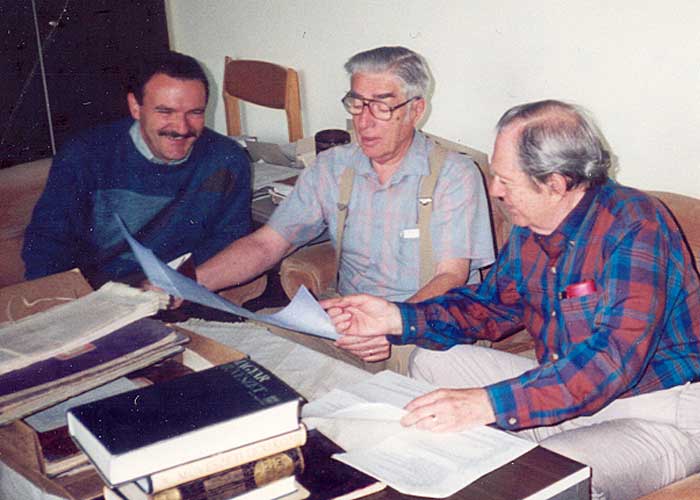 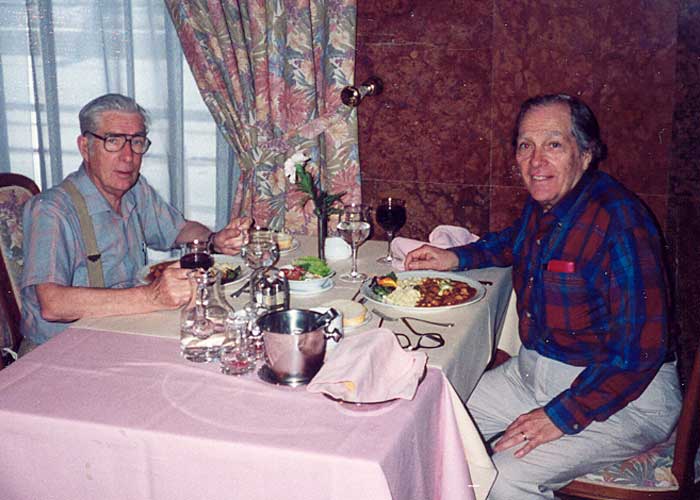 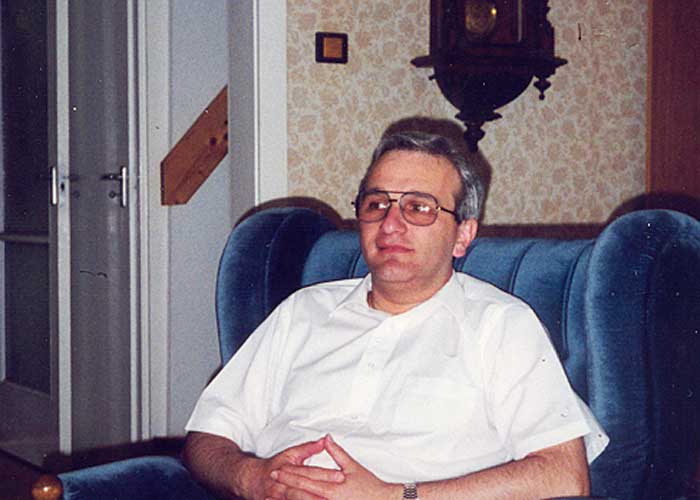