We asked the cab driver to find us a pension, but he didn’t seem to understand us or else he didn’t know of any. When we asked for a hotel he took us to the Olympia, which looked nice, but was a little more expensive than we expected. It is so easy to get spoiled with low prices, but we sprung for the $44 a night for a suite, since that was all that they had for the three or four days we expected to stay. The cost wasn’t really that bad, since it included a full breakfast buffet, and it had a good restaurant where the meals were cheap ($10 including desert and a full bottle of wine for the two of us.)

The week before we had been told by Helen, the archivist in Topolcany, that Nitra was the headquarters for the records but the papers were actually in Sala, about 30 miles away. We had the hotel receptionist make a few phone calls, and she confirmed what Helen had said, so we took an hour’s ride on the bus to Sala.

A kind lady on the bus overheard our asking about the archives, and the castle that they were supposed to be in, and even though she spoke only Slovakian, she understood enough to get off the bus with us at the proper stop and walk us to the proper building. Every place we have gone the people have been most helpful.

Again the people spoke almost exclusively Slovakian, but using the family tree paper we were able to make ourselves understood enough. The ladies at the archive started bringing out all kinds of papers, but unfortunately, they didn’t shed much light on the Nagel family. As we had been told earlier, most of the records were from the period of 1850 to 1890, and although they listed many Nagels, there seemed to be no correlation to the ones who had gone to Makö earlier.

One name, Marcus Nagel, showed up many times as he witnessed his children’s marriages, and the births of their children, and finally his death in 1877. He was born in 1794, a year after Samson Nagel (if we can believe the accuracy of the subtraction process of current year of the data minus the given age). Could they have been brothers? Interestingly, Marcus’ son Wolf Nagel married a Marie Weisz in 1854, and by 1869 they had two sons and two daughters, but the combination of names is probably just a coincidence.

We saw a sprinkling of Nagels in the records from other towns near Topolcany, and we recorded the vital information, but there seemed to be no pattern of interest.

We returned to Nitra and that afternoon and took a long taxi ride out of town to the archive headquarters. Again, the people were very cooperative including one of the archivists, an man whom we had seen just that morning in the Sala archives. However, we learned very little here since Bob had searched almost everything that they had when he was going through the Mormon microfilms. They did bring out the 1751-2 census of Topolcany which was all in Latin, and listed the families with the family names. Unfortunately the Jews of Topolcany were not permitted to be legal residents so their only listings were two unnamed illegal Jews, who paid substantial taxes.

I was starting to get exhausted from all the running around so I took a nap in the hotel, and Bob went out birding. Dinner at the hotel was good, with palatschinken (thin crepes with a sauce and whipped cream) for desert. Still no Rigo Janci.

We took a day off from genealogy to do some sightseeing in the center of town. There is an old town section, one block away from the big Kmart, where the streets are being torn up to make an expansive walking mall area. The synagogue is a half block from the old center street. Above that area is the citadel that in the middle ages had been a castle. Then it was destroyed and a cathedral, with parts going back to the 1300s, was built to look over the city. As we sat in the main area a few school children came in and a man gave the standard lecture in Slovakian, interleaved with his explanation for us in English. We gave him a dollar tip, which he promptly put in the charity box, and he then led us into the small ancient nave for a private explanation of its history. 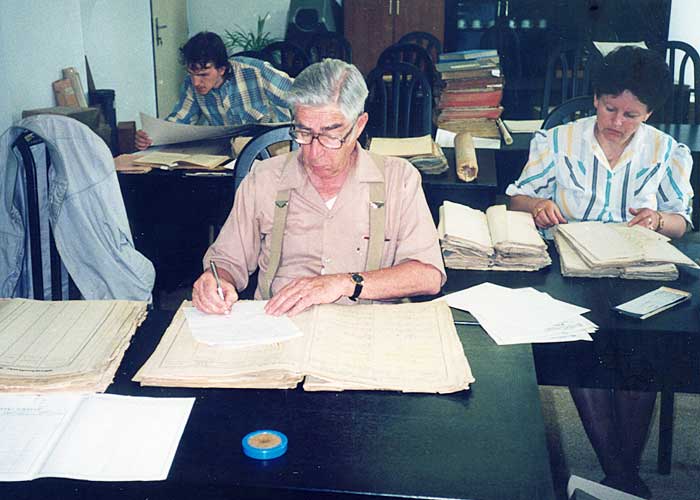 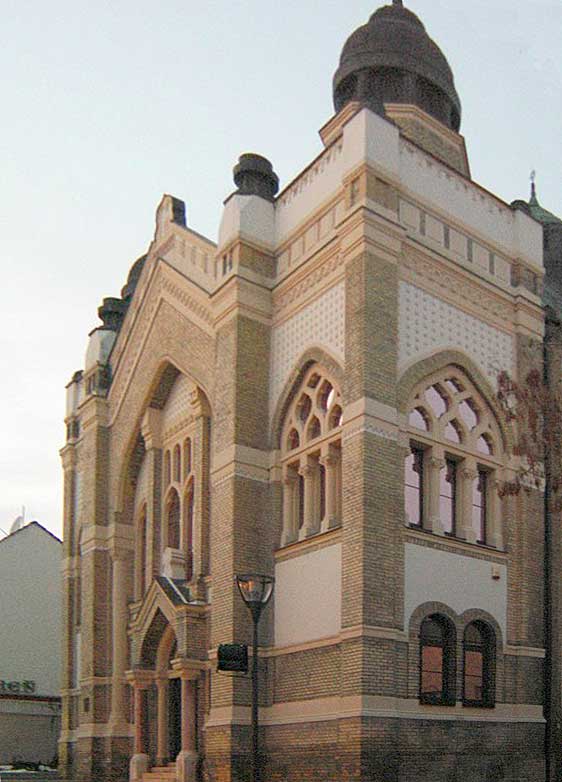 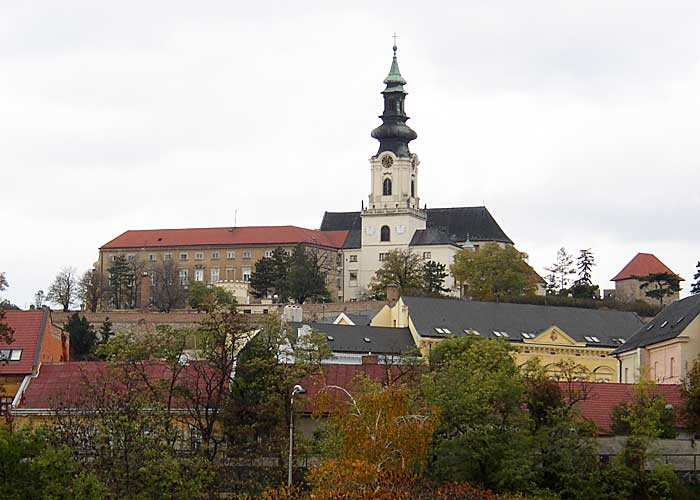