The plane ride to Vienna was uneventful, but since the flight was full we didn’t have the luxury that one always hopes for, the chance to stretch out over three seats. The food was acceptable, and the no-charge movie (Shawshank Redemption) was fair. We arrived at pretty much the scheduled 9:45 AM time, after the 7 hour flight.

Then came the worst problem of the trip. Bob’s suitcase was still in New York. Delta promised to get it to us the next day, wherever we were and offered to reimburse him up to $150 for emergency needs. We said that we expected to be in Topolcany, but since we didn’t have a hotel yet we would have to call them when we were located. Fortunately Bob had prepared with the essentials in his carry-on bag, so we didn’t need to ask for any emergency money reimbursement when we got back to Vienna.

For our first stop we had planned to go to Topolcany, a small town of about 11,000 people located about 75 miles northeast of Bratislava, the capital of Slovakia. Bratislava is only 31 miles from Vienna, along the Danube River.

We had to wait about an hour at the airport, and then caught the bus to Bratislava (about 1 hour), and then a two hour bus ride to Topolcany. We arrived at the Topolcany bus station which is just a few feet from the downtown mall area, where there are stores and no cars. We later saw these car-free malls in most of the cities we visited. First job was to find a place to sleep. As we walked through the mall we saw a hotel and I sat with the bags while Bob went to investigate. The placed was closed up; we later found out that it is to be renovated. Next Bob went into the Post Office to inquire about a pension or hotel, but nobody seemed to understand his English or German. Remember, for forty years the Slovaks had to study Russian, not German or English. Shortly, however, Vladimir Danis walked up and offered to help. Since he is a teacher of English, German, and history, we now had help. He suggested a student hostel, part of the local college, and off we went dragging my suitcase behind.

With Danis was a woman who also seemed to understand our story that we were looking for information about the Nagels of Topolcany. She said that she knew of a Nagel family, and she gave Bob a description of how to find the house.

The room at the dorm was pretty much like the dorm Clare and I had stayed in at an Elderhostel at Seattle University: small room with two single beds and a bath. Not bad for $6.00 per person.

We invited Danis to be our guest at dinner that night and he suggested a nice place nearby. I was hoping to find some Hungarian food, such as goulash, but ended up with a fish filet with cheese on it, potatoes, cole slaw, and local beer, and it only cost $6.00 for all three of us. My kind of meal!

During dinner I dropped my camera, and when I asked the hostess to take a picture of the three of us it didn’t work. Since it was the first picture on the roll, I opened the back of the camera, and everything looked OK so I closed it up. It still didn’t work, and then I noticed that one of the seems between parts of the plastic body seemed open. I pressed it closed, but the camera still didn’t work. This time I used my best engineering judgment and gave it a good smack in just the right place, and it worked.

At dinner we discussed our desire to go to the archives and find out about our Nagel relatives, and he said that he would call a friend, Dr. Olga Krasnicova, the Director of the archives, and set up a meeting. He showed us where the bus stop was located so we could get there, and we went back to the dorm to get rid of our jet lag.

The dorm did not have breakfast facilities, and we couldn’t find any place in town to eat so we walked into a food store and got a couple of rolls, and then went to a meat shop that had coffee and tea, and sat at a small table to eat our sandwiches. We phoned Delta to tell them where we were located and headed to the bus and to the archives.

Danis told us that the director would be out of town but someone who spoke English or German would help us. We were expected when we got there and Helen Grezdova, an archivist who spoke fairly good English was eager to help us after we showed her the family tree and explained our objective. Unfortunately the archives at Topolcany had only records of a later period than we wanted, from about 1890 on. We looked at them, and found a list of about eight business applicants named Nagel who became licensed for a milk shop, a baker, a cabinet maker, etc.

Helen then got out a book that listed the location of historical records in Slovakia, a book that we were to see again several times at other archives. It listed:

Helen looked in the local phone book and there was only one Nagel phone number listed, the one that the lady in the Post Office had mentioned, so we now had the address.

We had gotten about everything we could out of the Topolcany Archive, so we had someone there take a picture of the three of us and we grabbed a bus back to town. In order to check out the camera I shot about a dozen pictures and took the roll to a 60 minute place for processing. I showed the man that it was a 36 exposure roll but we were on picture number 12, so he walked away with the roll, extracted the exposed section, and returned with the remainder to still be used. We came back an hour later, and the pictures came out fine.

After we had checked out the pictures who did we bump into but Vladimir and Helen, she on her way home on her bicycle. We gave each of them a picture, since we had taken two pictures in each instance, and invited them to be our guests for some tea and pastry.

After we were through, and they left, we decided to go find the Nagels. We walked a few blocks, over a railroad overpass, a couple blocks more, and saw the house we were looking for. There was a locked fence all around, but a window was open so we assumed someone was home. We couldn’t see a bell, so we called out but there was no reply. As we were about to give up, and leave a new small car drove up, and a young lady, about thirty, stepped out. Bob asked, in German, if she was a Nagel, and when she said “Ya” in good German we said “We’re the Nagels from America.”

Quite surprised, she rang the hidden doorbell, and when her elderly parents came out she told them who we were. They certainly were surprised. We were invited in, sat in the nice parlor, showed them the family tree, and discussed the family. They said they were sorry, but they were not related to our Nagels. The man said he had seen the Nagel stores when he was a child, before the war, but he had no idea what happened to them. They seemed reluctant to discuss the past, although he said he had been in the army after the war. We never found out about our Nagels, or those who were there in business before the war. We assumed they either left town on their own or were taken away. We sipped a slivovitz that our host offered, and walked back to town.

We walked all around town to find a restaurant, and didn’t find anything we liked, so we ended up at a pizza place. We shared a salad; Bob had a small pizza; I had a calzone; we shared a bottle of Valpolicela, and it all came to $6.00. We expect to come out of this trip below budget if this keeps up.

We decided that there was not much more we could do in Topolcany, and that the weekend would be unproductive in Nitra, so we decided to go south to Makö, figuring we might get back to Slovakia later in the trip. Bob’s suitcase was still not at the hostel by bedtime, so we planned to skip the 7 AM train to Budapest, and if the bag was here in the morning we would get the 11:11 AM train.

When we got up the receptionist showed us that the suitcase was there, so we had breakfast, bought food for the train trip, packed up, had them call for a cab, and took the 11 AM train. 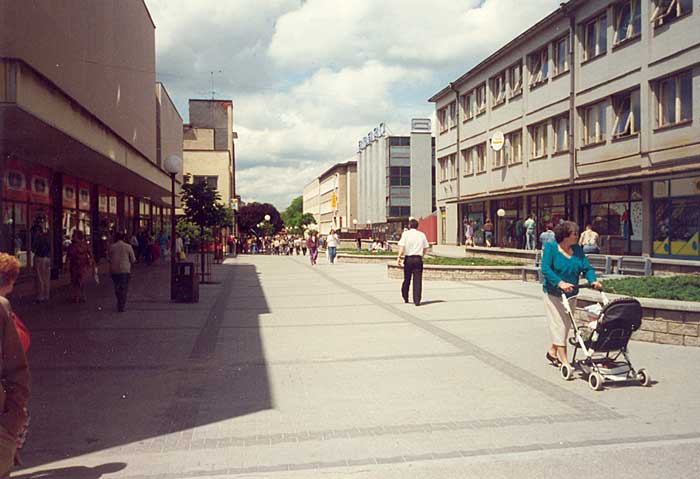 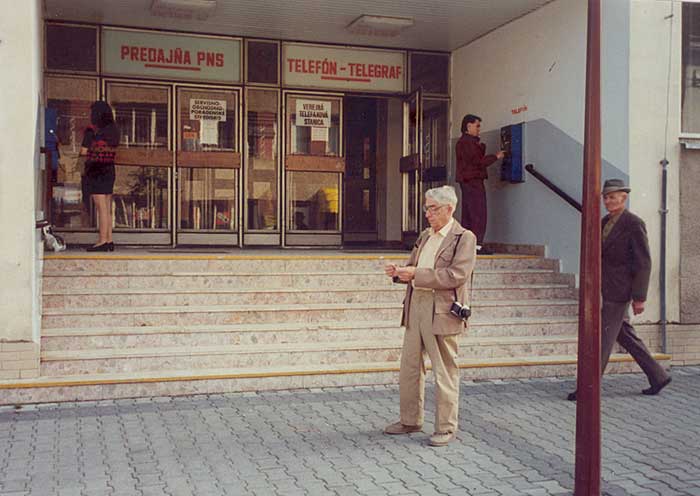 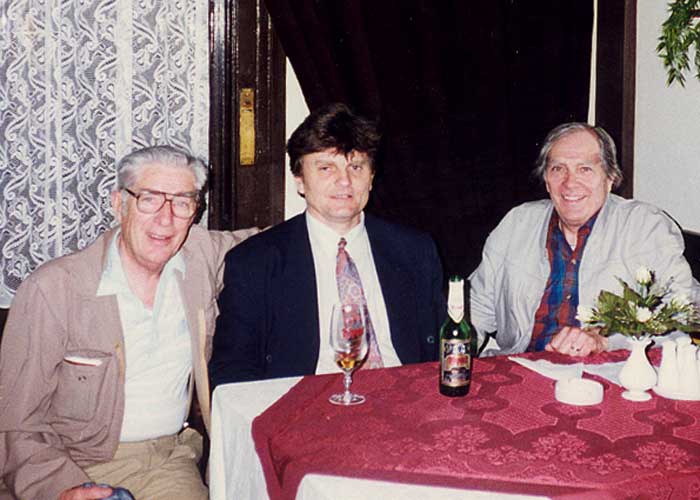 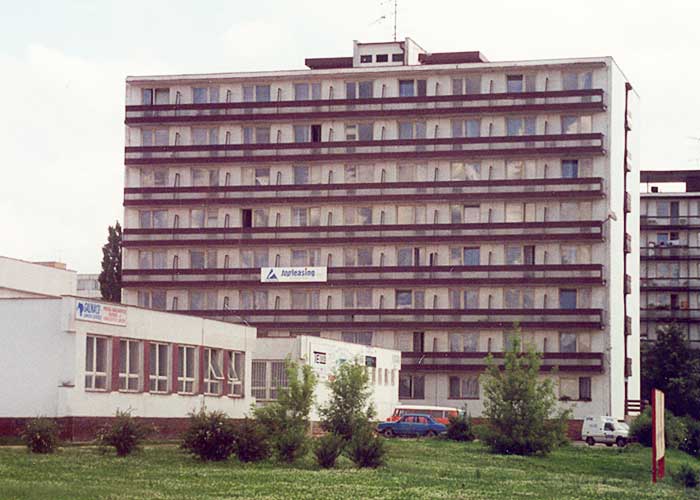 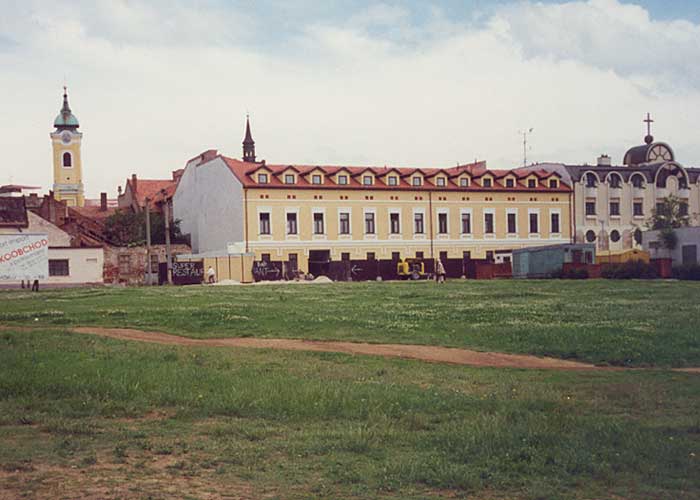 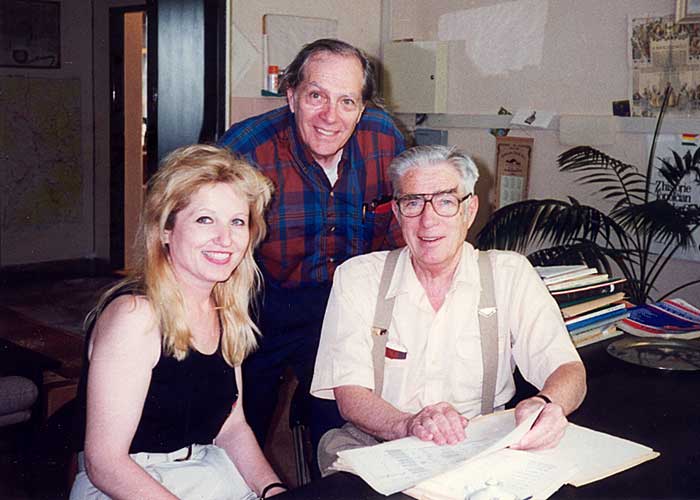 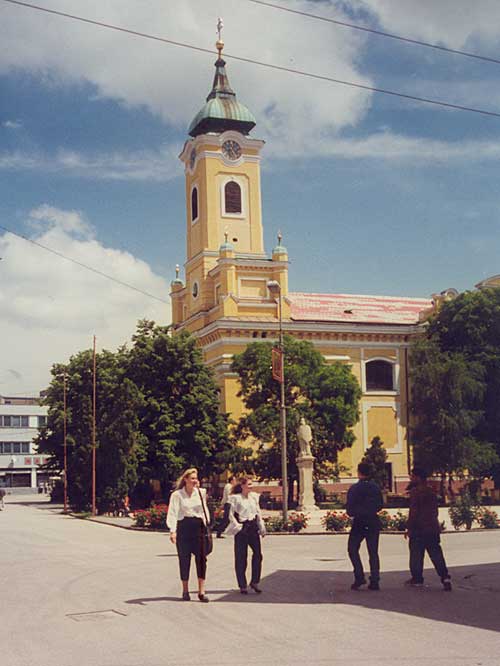 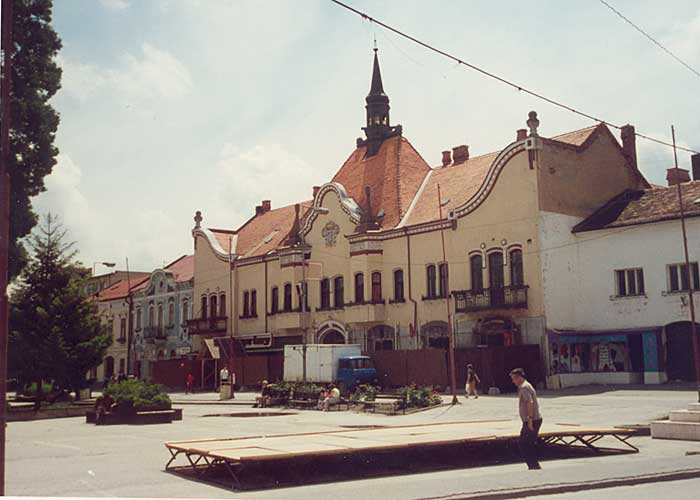 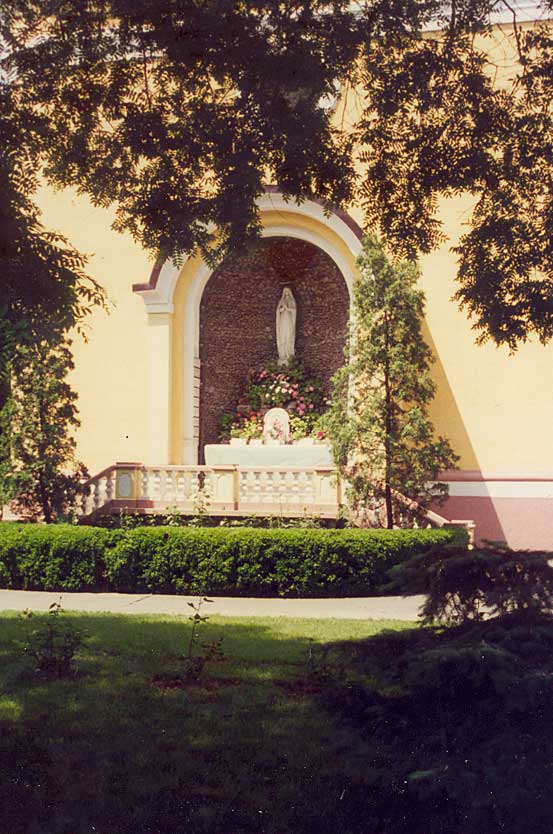